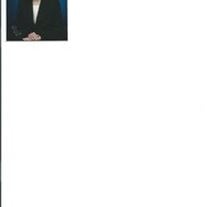 Gillett - Bonna Lynn June (Bonnie) Branham Reed, age 87, died September 9, 2013 at Baptist Hospital-Springhill, in North Little Rock, Arkansas Born July 1, 1926 in Gillett, AR, to Spencer Vance and Ethel Stinson Branham, Mrs. Reed was a graduate of Gillett High School, a homemaker, a farmer's wife and for a while worked part time as a substitute rural mail carrier. She was honored with the Lifetime Member achievement pin from the Gillett PTA. She was a member of Gillett United Methodist Church, Gillett Extension Homemakers Club and Gillett Leisure Club. Mrs. Reed enjoyed sewing, gardening and canning vegetable, baking sweets and walking with her kitties. She was predeceased by her parents, a sister Lorraine White Simpson, and three brothers in childhood. On September 8, 1945 she married C.J. Reed. They were married for 56 years until his death on July 16, 2002. Survivors are one son, Charles (Debbi) Reed of Searcy; three daughters, Donita (Sammie) Hutchins, Brenda (Bennie) Bunch, Nancy (Carroll) Astin, all of Cabot; three grandsons, Robert (Saundra) Hutchins of Cabot, Brent Reed of Paris, Casey Padgett of Cabot; one granddaughter, Allison Astin of Cabot; one great-grandson, Cory Hutchins of Cabot; a sister, Arlene Ferguson of Gillett and many nieces, nephews and friends. Visitation will be at Gillett United Methodist Church on Saturday, September 14, 2013 at 10:00 AM. Funeral will follow at 11:00 AM, with burial at Gillett Cemetery by Essex Funeral Home, DeWitt. If desired, memorials can be made to Gillett Cemetery, PO Box 124, Gillett, AR 72055 or Alzheimer's Arkansas, 201 Markham Center Drive, Little Rock, AR 72205 (ww.alzark.org). The family would like to thank the staff of Spring Creek Health & Rehab in Cabot, AR for their care of Mrs. Reed for the last three years, with special thanks to Tammy Oakes, LPN and Ida Harrison (room mate) for their tender care. The family also wants to express sincere appreciation to her son-in-law, Sammie Hutchins, for his generous time and devotion during his daily visits.

The family of Bonna Bonnie Reed created this Life Tributes page to make it easy to share your memories.

Send flowers to the Reed family.