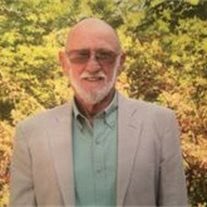 Mr. Don R. (Donny) Hageman died June 13, 2016 at his home in Santa Rosa Beach, Florida from respiratory failure. Donny was born in DeWitt, Arkansas July 18, 1940 to Marvin and Maudie Adams Hageman, who predeceased him. He is survived by his wife of 53 years Molly Hageman and his son Jeff Hageman and his wife Tanya Hageman, all of Santa Rosa Beach, Florida, his grandsons Andrew Hageman of Panama City Beach, Florida, Bryant Strain of Little Rock, Arkansas, Ryan Strain of Kansas City, Missouri, and his granddaughter Kelly Hageman Dunham (Brandon) of Portland, Maine and two great grandchildren Logan and Mason Dunham, a special friend Eddie Reed of Dumas, Arkansas, brother-in-law Billy Nutt and sister-in-law Jo Ann James. As a young man, he had an entrepreneur spirit. He developed one of the first perpetual care cemeteries in the state of Arkansas and was a Suzuki motorcycle franchise owner, both in DeWitt, Arkansas. He was a New York Life Insurance agent and retired from Shelter Insurance Compaies while earning many of the company's top awards. Donny had a passion for bass fishing, turkey hunting, bow hunting for deer and Colorado deer and elk hunting. He loved the Colorado mountains but moved to the Florida beaches to allow Molly to fulfill her dream of selling real estate on the Gulf Coast. He lived in Florida sixteen years but his heart and mind were never far from Arkansas and he preferred being at his deer hunting camp in the woods at Pendelton, ARkansas to anywhere else. Donny was a charter member of Seagrove Baptist Church in Seagrove, Florida and attended until prevented by illness. A time of visitation will be held 10:00-11:00 a.m. Friday, June 17, 2016 at the chapel of Essex Funeral Home with funeral service beginning at 11:00 a.m. officiated by Reverand Eddie Best. Burial will follow in Cedarcrest Memorial Gardens by Essex Funeral Home.

Mr. Don R. (Donny) Hageman died June 13, 2016 at his home in Santa Rosa Beach, Florida from respiratory failure. Donny was born in DeWitt, Arkansas July 18, 1940 to Marvin and Maudie Adams Hageman, who predeceased him. He is survived by his... View Obituary & Service Information

The family of Mr. Don R. Hageman created this Life Tributes page to make it easy to share your memories.

Send flowers to the Hageman family.