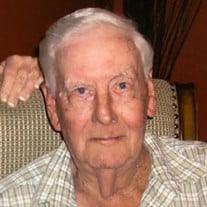 Donald "Skinny" Ray Wallace, 83, of Tichnor passed away February 19, 2021. He and along with his twin brother, Ronald Jay Wallace, were born February 11, 1938, to Jeffery Wallace and Jewel Eichler Wallace. He was preceded in death by his... View Obituary & Service Information

The family of Mr. Donald "Skinny" Wallace created this Life Tributes page to make it easy to share your memories.

Send flowers to the Wallace family.