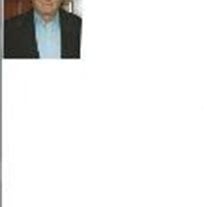 J.D. Jacobs, 89, of DeWitt moved to Heaven September 9, 2013. He was born October 1, 1923 in Bayou Meto. He was preceded in death by his wife, Clara Siems Jacobs; his daughter, Vicki Rush; his son, John Dale Jacobs; his father, Johnnie V. Jacobs; his mothers, Lillian Overton Jacobs and Mary Thompson Jacobs; his two sisters, Willene Simpson and Edna Talatz; and his three brothers, Hilton "Dub" Jacobs, Wayne Jacobs and Marvin Lynn Jacobs. He is survived by two brothers, Jake and his wife, Jerry Jacobs of England, and Virgil Jacobs of DeWitt; one daughter, Donna Chevallier and her husband, Edward of Fort Worth, TX; a son, Jay and his wife, Gina Jacobs of Benton; a son-in-law, Harvey Rush of Tichnor; three granddaughters, Melissa Rush Grantham and her husband, Jason of Tichnor, Rachael Rush Cavicchio and her husband, David of Boston, MA and Addison Jacobs of Jonesboro; three grandsons, Eric Young and wife, Heidi of Orlando, FL, Jace Jacobs and Jansen Jacobs of Benton; and five great-grandchildren. J.D. Served in the Navy during World War II and began working as a millwright at Smith's Rice Mill upon his return in September 1946. He worked at the rice mill for 43 years. J.D. was a faithful member of Landmark Missionary Baptist Church. He was a loving husban, father and friend. He especially loved growing a big garden and giving away vegetable all over town. He enjoyed trotlining for catfish at Jack's Bay, crappie fishing on the refuge lakes and hunting at Siems Deer Camp.

The family of J. D. Jacobs created this Life Tributes page to make it easy to share your memories.

Send flowers to the Jacobs family.