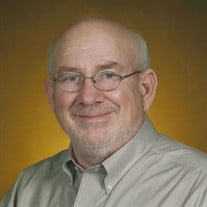 James “Jimmy” Lawson Fly, Jr., a retired farmer and life-long resident of DeWitt, Ark., passed away on February 17, 2020 at the age of 72. He is survived by his wife, Ann Jackson Fly; a son, Nathan Pittman (Becky); three grandchildren, Spencer Lawson Pittman, Lilla Bird Gordy, and Isaac Fred Gordy; a sister, Gail Ann Abramson; and a host of extended family and friends. Born on February 9, 1948 to the late James Lawson Fly, Sr. and Ethel Ferguson Fly, Jimmy graduated from DeWitt High School and attended the University of Arkansas before returning home to manage his family’s farm. He was an active member of the First United Methodist Church, Siems Deer Camp, and DeWitt Rotary Club. Later in life he took up photography, creating award-winning landscape and family photos and having his creations published in Capture Arkansas and the Arkansas Democrat Gazette. He enjoyed traveling extensively throughout the United States and was especially fond of our national parks, though his greatest joy was watching and photographing his three grandchildren. Whether at a basketball gym, baseball field, school event, or awards ceremony, Jimmy’s presence with camera in hand became a familiar site to countless families, and the thousands of photos he took are a lasting testament to his love of family. A memorial service and celebration of life will be held at First United Methodist Church in DeWitt, Ark. on Saturday, February 22 at 1pm. Memorials may be made to the First United Methodist Church (608 South Grandview, DeWitt, AR 72042). Cremation arrangements by Essex Funeral Home.

The family of Mr. James "Jimmy" Lawson Fly Jr. created this Life Tributes page to make it easy to share your memories.

Send flowers to the Fly family.