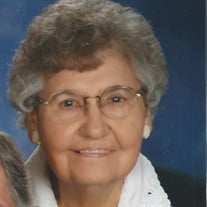 Lexa Nell Lumpkin Springer Widener departed this world December 20, 2018 at DeWitt Hospital to be welcomed into the arms of her Savior. She was born April 3, 1927 in DeValls Bluff, AR to Claude and Lou Craig Lumpkin. Lexa was preceded in death by her first husband, Cliff Spring, Jr. and by brothers Leroy, Claude, and Bill Lumpkin and by sisters Martha Lumpkin, Elna Weedman, Lucille Lumpkin and step daughter Meredith Calhoun. She is survived by her husband Glen Widener of Crocketts Bluff, AR, by sons Rev. Clif Springer (Brenda) of Bryant and Reid Springer of Little Rock, loving step children David Widener (Jan) of Beebe, AR, Jo Beth Shadwick (Stanley) and Sheila Noble (Bill) of Crocketts Bluff, AR. Lexa is also survived by four Springer grandchildren Jeremy, Allison (Chuck) Hoskins, Stuart, and Mark, and ten great grandchildren. She is also survived by seven Widener grandchildren Brooke, Heather, Bart, Drew, Drake, Judd, and Clint, and fifteen great grandchildren, and sister Anne Lumpkin of Little Rock. Lexa was a member of Immanuel Baptist Church in Little Rock for 58 years where she taught Sunday school for over 30 years. In addition, she served in the Gideons Auxiliary, a service that she treasured. Most of all Lexa was a loving wife, mom, and Nana. Lexa and Cliff married in 1947. She raised her family in Little Rock and enjoyed many years in their home of South Buchanan Street. After Cliff died in 1993, both families were delighted when she and Glen found one another and married in 1997. Funeral services will be Saturday, December 22 at St. Charles Baptist Church, St. Charles, AR at 2:00 p.m. and graveside services will be 11:00 a.m. Monday, December 24 at Pine Crest Cemetery on Highway 5, Alexander, AR. Memorials may be given to St. Charles Baptist Church, P.O. Box 241, St. Charles, AR 72140. To know Lexa Springer Widener was to know a Godly woman, a woman of prayer who lived a life of obedience to her Savior. She had a gift of encouragement and was a blessing to all who had the privilege of knowing her.

Lexa Nell Lumpkin Springer Widener departed this world December 20, 2018 at DeWitt Hospital to be welcomed into the arms of her Savior. She was born April 3, 1927 in DeValls Bluff, AR to Claude and Lou Craig Lumpkin. Lexa was preceded in... View Obituary & Service Information

The family of Mrs. Lexa Nell Lumpkin Springer Widener created this Life Tributes page to make it easy to share your memories.

Send flowers to the Widener family.