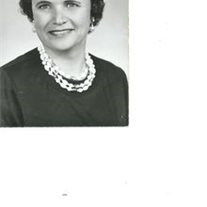 Our dearly beloved mother, mother-in-law, nanny, and friend departed this world on January 29, 2016, at the Baptist Hospital in Stuttgart. Edna Marie Neukam was born March 16, 1921 to Harry and Martha Earlywine Engelkes. She is preceded in death by her husband, John Henry Neukam. Henry and Edna were married on June 10, 1939. Henry and Edna's marriage was based on the verses of the written word in 1 Corinthians Chapter 13. The devotion between them was admired by us all. Edna was also preceded in death by her parents, Harry and Martha Engelkes, two brothers, Lloyd and Wilbur Engelkes, two sisters, Thelma Engelkes and Waunetta Bennett. Edna is survived by her loving son Louie and devoted daughter-in-law Kay; grandson, John (Amy) of DeWitt; granddaughters, Stacy Ayers (Adam) of Stuttgart and Jamie Chambers of Little Rock; great grandchildren, Cassie & Emery Neukam of DeWitt, Allie and Ava Ayers of Stuttgart, Christian Chambers of Norfolk, VA, and Athena Barnes of Little Rock; her sister Ethyl Scroggins; and her brother Kenneth (Pickle) Engelkes, along with many nephews and nieces. Edna was an adult lifelong member of Almyra United Methodist Church. She taught Sunday School for over 50 years, participated in all aspects of activities in regards to maintaining the church, all to benefit a welcoming church to all that entered the doors to hear the word of God. Services will be Monday, February 1, 2016 at Essex Funeral Home in DeWitt, AR. Visitation will be from 1 p.m. until the beginning of the service at 2 p.m. Interment will be in Almyra Cemetery by Essex Funeral Home. Memorials may be made to Almyra United Methodist Church, P.O. Box 222, Almyra, Ark. 72003 or the donor's choice. www.essexfuneralhome.com

Our dearly beloved mother, mother-in-law, nanny, and friend departed this world on January 29, 2016, at the Baptist Hospital in Stuttgart. Edna Marie Neukam was born March 16, 1921 to Harry and Martha Earlywine Engelkes. She is preceded in... View Obituary & Service Information

The family of Mrs. Edna Marie Engelkes Neukam created this Life Tributes page to make it easy to share your memories.