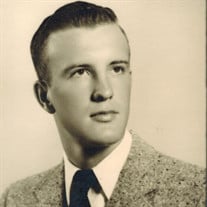 Murell Dean Kennedy, 85, of White Hall passed away on September 21, 2021. Murell is survived by his son Rodney Kennedy of White Hall, daughter Stacy Kennedy of Fayetteville, and step daughter Debbie Tankersly of Texas, many grandchildren and great grandchildren, and sisters Barbara Nelson and Robin Carter. Murell was preceded in death by his wife Mavis Kennedy, son Ronald Kennedy, stepson Richard Miller, sister Sherry Elliott, and parents Holland and Gladys Kennedy. Murell attended DeWitt schools and was an active 4-H Club member. Murell won a total of 23 medals including district and state medals in Achievement. He attended 4-HCamp in Washington, D.C., and the National 4-H Congress in Chicago, where he was a national winner. Upon graduating from DeWitt, Murell attended the University of Arkansas at Fayetteville, where he was a member of the Alpha Gamma Rho fraternity and earned a Bachelor's degree in General Agriculture. Murell was a member of the National Guard at Fort Chaffee and Fort Hood. After completing his training, Murell returned home to partner with his father, Holland Kennedy, in farming. After Holland's retirement, Murell and his son , Rodney, formed a partnership that continued until they both retired in 2018. Murell was a member of Farm Bureau and the Grady Lions Club for many years. After retiring, Murell enjoyed visiting with friends and family. Funeral services will be 2:00 p.m. September 24 at Essex Funeral Home with burial in Cedarcrest Memorial Gardens. Visitation will be one hour before the funeral beginning at 1:00 p.m. In lieu of flowers, memorials may be made to Arkansas County 4-H Club, 1009 Liberty Dr., DeWitt, AR 72042.

The family of Mr. Murell Dean Kennedy created this Life Tributes page to make it easy to share your memories.

Murell Dean Kennedy, 85, of White Hall passed away on September...

Send flowers to the Kennedy family.