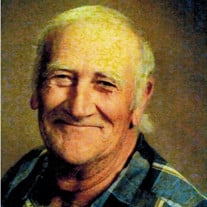 Royce Junior Wright, 68, passed away May 7, 2021. He was born December 18, 1952 in DeWitt to Dewey Shelton Wright and Dorothy Elizabeth James Wright. He was a farmer and an Army veteran. Royce is preceded in death by his parents; seven... View Obituary & Service Information

The family of Mr. Royce Junior Wright created this Life Tributes page to make it easy to share your memories.

Send flowers to the Wright family.