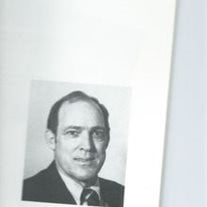 Dr. Shelby Woodiel died Sunday, March 25th, 2018 after bravely living with Alzheimer's disease for 11 years. For most of those years Shelby's strength, humor and energetic personality remained, despite losing so much. Dr. Woodiel was born March 10th, 1930 to S.A. and Lucille Woodiel. He grew up in Crocketts Bluff, Arkansas and graduated from DeWitt High School. He entered University of Arkansas at Monticello and graduated in 1953 with a B.A. degree and major in biology. He graduated from University of Tennessee with DDS degree in 1957. He opened his dental practice in July 1957 on the court square in DeWitt and practiced general dentistry until 1986. He became interested in myofacial pain and TMJ in 1975. He moved to Little Rock in 1986 and restricted his practice to the diagnosis and treatment of TMJ and related neuromuscular disorders. While in DeWitt, he was a member of the Lion's Club, Rotary Club, Chambers of Commerce, DeWitt Jacees and served on the City Council for 6 years. He was on the DeWitt Industrial Development Commission. He organized and served as chairman of a student loan fund for students that could not afford to attend college by other means. In the early 1980's he established and operated a real estate agency (Riceland Realty) until moving to Little Rock. He was a member of the Arkansas Army National Guard for 17 years, retiring as a Lieutenant Colonel. He was an avid outdoorsmen who enjoyed hunting and was a skilled archer. He killed the first wild turkey ever taken with a bow and arrow in modern times and was inducted into the Arkansas Bow Hunters Hall of Fame in 2007. In the 1990's he developed an ornamental Willow farm and raised many different species of ornamental willows that he sold to designers and florists around the state. He was a vender at the Arkansas State Flower and Garden show for 15 years. He was a member of the Southwest Dental Society, Central District Dental Society, Arkansas State Dental Association (Life Member), Southern Regional Testing Agency (ARTA) and the International College of Cramio Mandibular Orthopedics (ICCMO). He was awarded a fellowship in the International College of Mandibular Orthopedics in 1987. He served a 5 year term on the Executive Council of the State Dental Association 1978-83, and was one of the organizers and served on the original board of Delta Dental Insurance of Arkansas. He was elected to a five year term on the board of Dental Examiners 1983-88. He served as the staff Dentist at the Arkansas Health Center in Benton, Arkansas in 2003. He was a dedicated, compassionate dentist and a trusted friend who was devoted to his patients, but for those who loved him most, he will forever be remembered as a loving and devoted husband, dad, grandfather, brother, uncle, and friend. Even when dealing with his years with Alzheimer's he kept a great sense of humor and polite demeanor with a jovial personality. He devoted himself unselfishly to a host of causes and sincerely demonstrated his deep interest in his profession. He was preceded in death by his parents, an infant son Kevin, a brother Jack Woodiel of East Alton, Illinois, a sister, Maurine Shireman of Fayetteville, AR and a granddaughter, Mary Catherine Woodiel of Mountain Home, AR. He is survived by his wife of 59 years, Jeanette of DeWitt and sons, Shon Woodiel (Cindi) of Little Rock and Gary Woodiel of Little Rock and Crocketts Bluff. Brothers, Bill Woodiel (Mary Lou) of Mountain Home, AR Dale Woodiel (Linda) of Hartford Conn; and Dr. Neil Woodiel (Becky) of McMinnville. TN. As well as three loving grandchildren Zac Woodiel, Julia Ann Woodiel, andSamantha Cox (Dalton), along with several nieces and nephews. Shelby's family expresses our deep gratitude to all his care givers, family and friends who guided and supported us on this long journey. Services to honor and celebrate Shelby's life will take place 2:00 p.m. Thursday, March 29 at First Baptist Church in DeWitt. Burial will follow in DeWitt Cemetery by Essex Funeral Home. Visitation will be 5:00 to 7:00 p.m. Wednesday, March 28 at Essex Funeral Home. Memorials may be made to Alzheimer's Arkansas, 201 Markham Center Dr., Little Rock, AR 72205 or First Baptist Church, 322 West 1st St., DeWitt, AR 72042.

Dr. Shelby Woodiel died Sunday, March 25th, 2018 after bravely living with Alzheimer's disease for 11 years. For most of those years Shelby's strength, humor and energetic personality remained, despite losing so much. Dr. Woodiel was born... View Obituary & Service Information

The family of Dr. Shelby Woodiel created this Life Tributes page to make it easy to share your memories.

Send flowers to the Woodiel family.